a journey through the gospel of luke

This Sunday is the beginning of Year C of the Lectionary and the Gospel reading primarily are in Luke.   What is the Gospel of Luke all about?

Who is this Luke guy?

Luke, who also wrote Acts, and was a companion of Paul on his second missionary journey (Acts 16:11-40). He is called the “Beloved physician” (Col. 4:14) and Paul’s “fellow laborer” (Philemon 24). From the context of Col. 4:4 we learn that he was “not of the circumcision” (Jewish) and, therefore, a Gentile. From his preface (Lu. 1:1) we learn that he was not an eye witness of what he wrote. He is thought to be “the brother” whose praise is in the gospel throughout all the churches (2 Cor. 8:18), and, by tradition, is always declared to be a Gentile. As is indicated by the gospel itself, he was the most cultured of all the gospel writers.

Who is he writing to?

Luke was writing to a growing Jewish community labeled as followers of the way or of the Christus.  They believed that the Messiah had come in Jesus for the salvation of the whole world not just the Jews.  These early believers were facing the reality that the world they expected to come in the rule of Christ wasn’t the world they were experiencing.  They faced increasing discrimination with the greater Jewish world that was trying to do away with these sects of Jews who believed the Messiah had come.  Tensions were growing as Rome was responding harshly to the perceived threat of these Christus followers.  It was amidst this upheaval and persecution that the Gospel of Luke was born.  Encouraging these early follower of Jesus to see God’s Kingdom in a new light, as a Kingdom forming in the midst of the chaos of their world.

Why does it matter to me?

We to live in a time of cultural chaos.  Changing realities cause us to question where God is and what He is doing.  Now, more than ever, we need to reimagine what God’s Kingdom looks like today, in and through us.  Luke’s gospel calls us forward to mature in our spiritual journeys in order to join Him in rescuing our ever changing world. 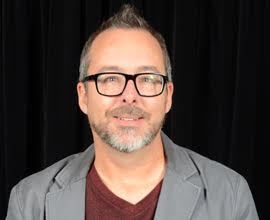